In July 2019, former GWR 78xx steam loco No.7802 ‘Bradley Manor’ suffered a serious mechanical failure whilst working on the West Somerset Railway (WSR). The loco, which is normally based at the Severn Valley Railway (SVR), is owned by the Erlestoke Manor Fund (EMF), a charitable community benefit society run by volunteers, and was on hire to the WSR for the summer season. Following the incident, the loco was recovered to Tyseley Locomotive Works where the extent of the damage was assessed and for the cause of the failure to be investigated.

The failure was caused by the right-hand piston rod breaking due to fatigue arising from a defect in the metal of its ex British Railways piston rod at a location which could not be inspected with the locomotive assembled. Following the break, the piston and rod were forced forward out of the cylinder block, damaging the front cylinder cover, securing studs and the cylinder casting beyond repair. Fortunately, no one was injured as a result of the incident and thanks go to those who dealt with the incident and quickly rescued the loco on the day.

Now that investigations are complete, repairs to No. 7802 have begun. This will entail the replacement of the complete cylinder block and associated work at an estimated total cost of £150,000. Fortunately, the consequential damage is covered by insurance. However, the replacement of the piston rod itself, plus other repairs which are prudent to undertake at the same time, are not covered.

The Fund also own former GWR 78xx No.7812 ‘Erlestoke Manor’, another SVR based loco, which is currently undergoing overhaul at Tyseley Locomotive Works. 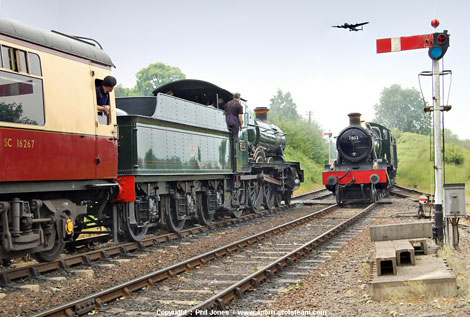 The EMF’s Chairman, Paul Fathers, said: “Our target is to return both Erlestoke Manor and then Bradley Manor to traffic during 2020. Whilst we are well on the way to achieving this, we face a cash shortfall with both locomotives currently unserviceable and so not bringing in any revenue. As a result, we are asking all those who support us and wish to see both the Manors running again this year to come forward with donations or by purchasing shares as part of the ‘Two for 2020 Appeal’ which we have just launched.”

The ‘Two for 2020 Appeal’ offers three ways in which supporters can assist by either:

All Shareholders and those donating over £25 to the Two for 2020 Appeal will receive an invitation to travel free behind either Nos. 7812 or 7802 on a return-to-service special train 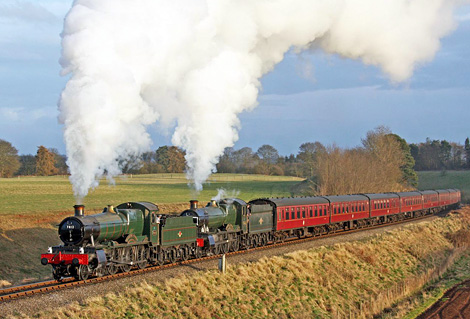