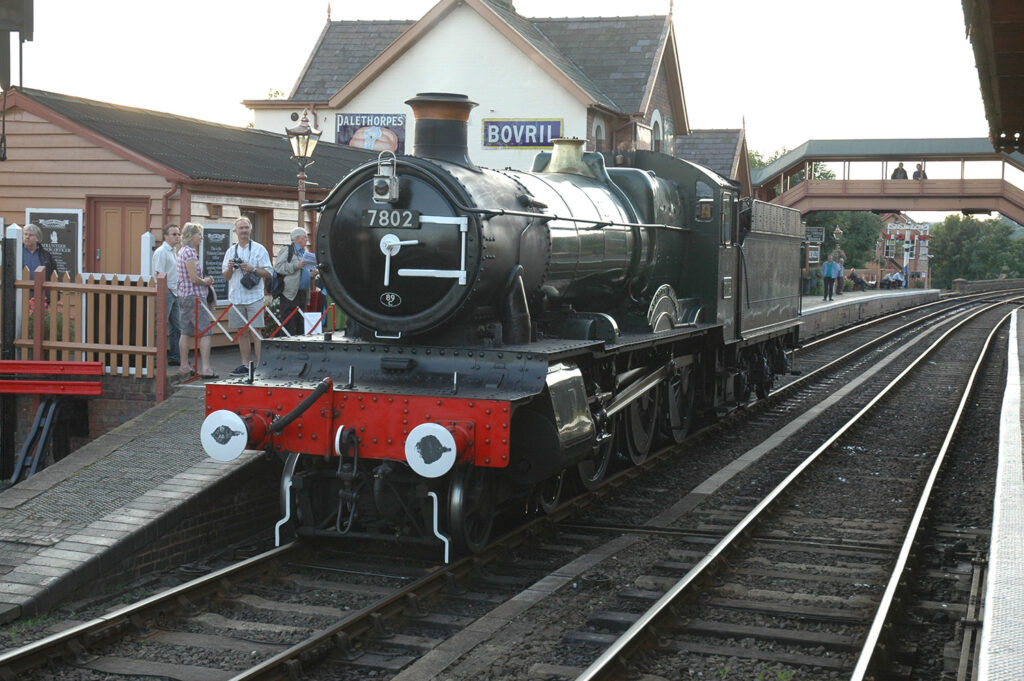 In April 1946, 7802 was transferred to the Cambrian Section, and remained there, apart from a short spell at Tyseley, Birmingham, in 1962-3. (During this period, certain Cambrian trains were worked throughout by locomotives from Birmingham). In late 1960, 7802 was joined on the Cambrian by future EMF sister engine 7812 Erlestoke Manor. 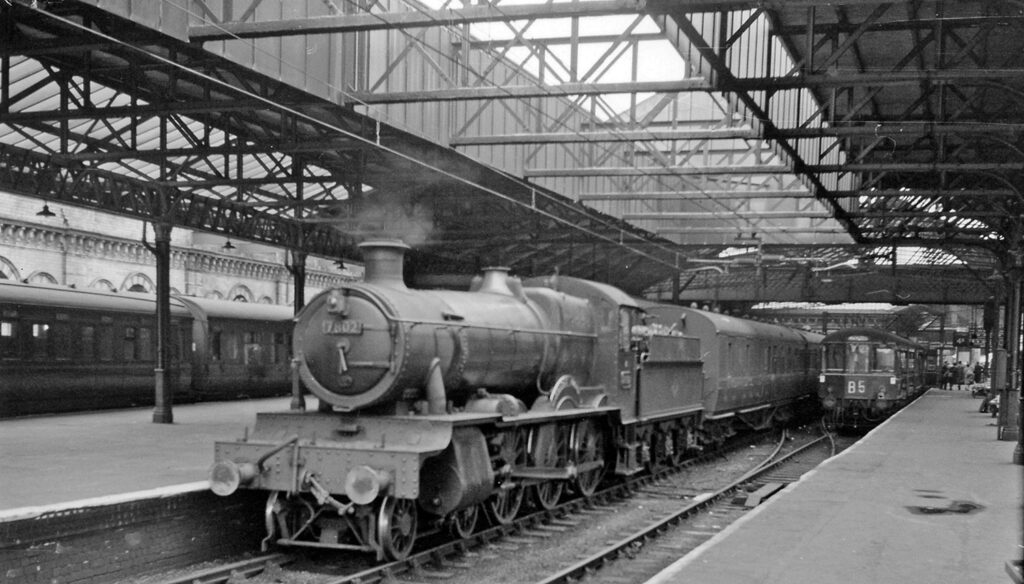 The Cambrian depots to which 7802 was allocated were Aberystwyth and Machynlleth, moving to Shrewsbury in August 1964. The engine was regularly used on the prestigious ‘Cambrian Coast Express’ and was selected to power the Stephenson Locomotive Society ‘farewell train’ over the Welshpool to Whitchurch line on 17th January 1965. After one year in thoroughly run-down condition, 7802 was officially withdrawn on 6th November 1965, although it was noted still in service on at Aberystwyth on the 9th of that month. Both 7802 and 7812 were sold for scrap to Woodham Brothers of Barry, with 7802 arriving in July 1966.

7802 Bradley Manor is one of three Manor class locomotives based at the Severn Valley Railway, the others being 7812 Erlestoke Manor and 7819 Hinton Manor. Following the successful steaming of sister engine and fellow-Barry scrapyard resident 7812, its owning group, The Erlestoke Manor Fund purchased 7802 for intended cannibalisation, and in November 1979 it was moved from Barry to Bewdley. The fund-raising activities of the EMF, plus offers of certain missing parts and restoration expertise, caused the Fund to re-think the future of 7802, and in March 1983, after SVR agreement, the decision was made to return the engine to working order. This was achieved on 5th April 1993, and 7802 became a popular choice for working Severn Valley services.

Restoration was finally completed in April 1993, and 7802 ran until August 2000, including a number of appearances on the main line. A quick overhaul was achieved by exchanging Erlestoke Manor’s boiler (withdrawn in 1985) with Bradley Manor’s, allowing a return to service (and main line working) for 7802 in May 2002. The engine surpassed 100,000 miles of running in preservation in 2009. 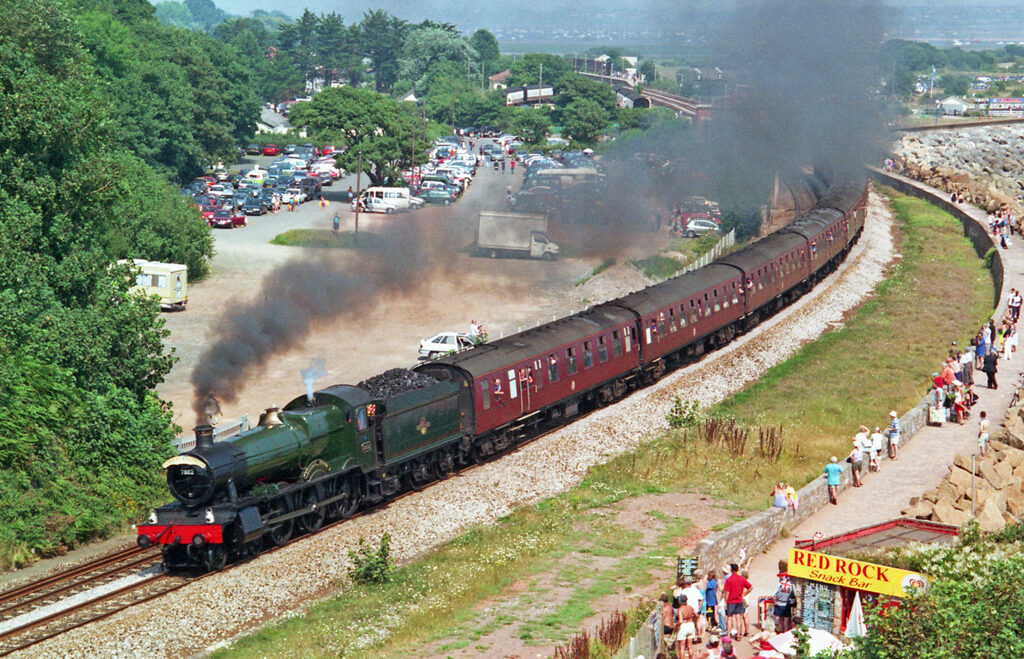 [During its post-preservation mainline career, 7802 Bradley Manor is seen heading past the famous Red Rock Cafe with a southbound Torbay Express on the 10th August 2003. Photo: Martyn Tattam]

7802 Bradley Manor was withdrawn from service again at the end of the 2010 season, having accumulated over 110,000 miles in preservation, including working on the mainline. Another overhaul was undertaken, with the chassis being overhauled at Tyseley Loco Works and the boiler overhauled in the SVR Bridgnorth Boiler shop. This overhaul was completed in November 2015, the return to service coinciding with the ‘Manor 50’ weekend where 7802 commemorated the 50th anniversary of the end of steam on the Cambrian network, along with 7812 Erlestoke Manor and visiting 7820 Dinmore Manor, bringing together three of the final surviving Manors that worked those final few weeks in November 1965. 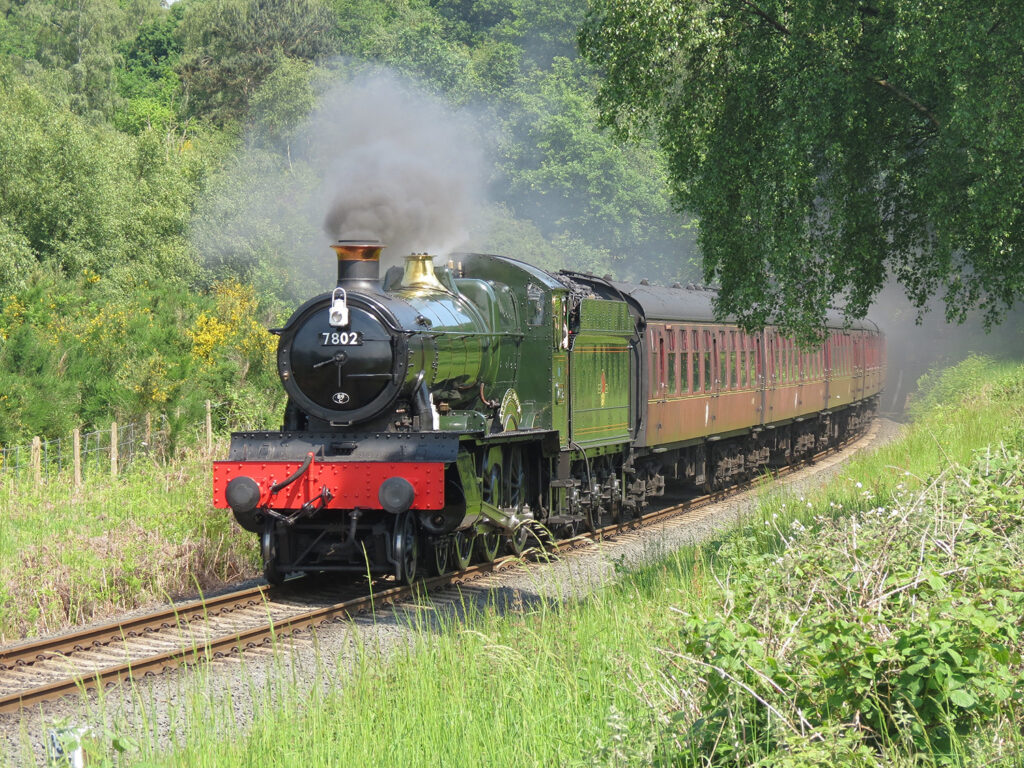 [At its home base of the Severn Valley Railway,7802 Bradley Manor drifts towards Bewdley with a train from Kidderminster during 2016. Photo: Alan Gormley]

In 2019 an agreement was reached to send 7802 to the West Somerset Railway between May and October in exchange for 6960 Raveningham Hall coming to the SVR for a similar period. Whilst working on the WSR on 7 July the right-hand piston rod broke due to fatigue caused by a previously unknown fatigue defect in the metal damaging the cylinder block beyond repair. In the earlier years of preservation, such a mishap would probably have resulted in Bradley Manor being permanently retired as a static exhibit, but with developments in the heritage movement in casting replacement cylinder blocks, the first Manor class cylinder blocks since the 1950s to be cast, which after machining, were delivered in 2021.

The project to dismantle 7802 allow the precise task of fitting and aligning the cylinders to commence, commenced in early 2022 with the boiler lifted from the locomotive frames to allow access to the chassis and a boiler examination to take place. 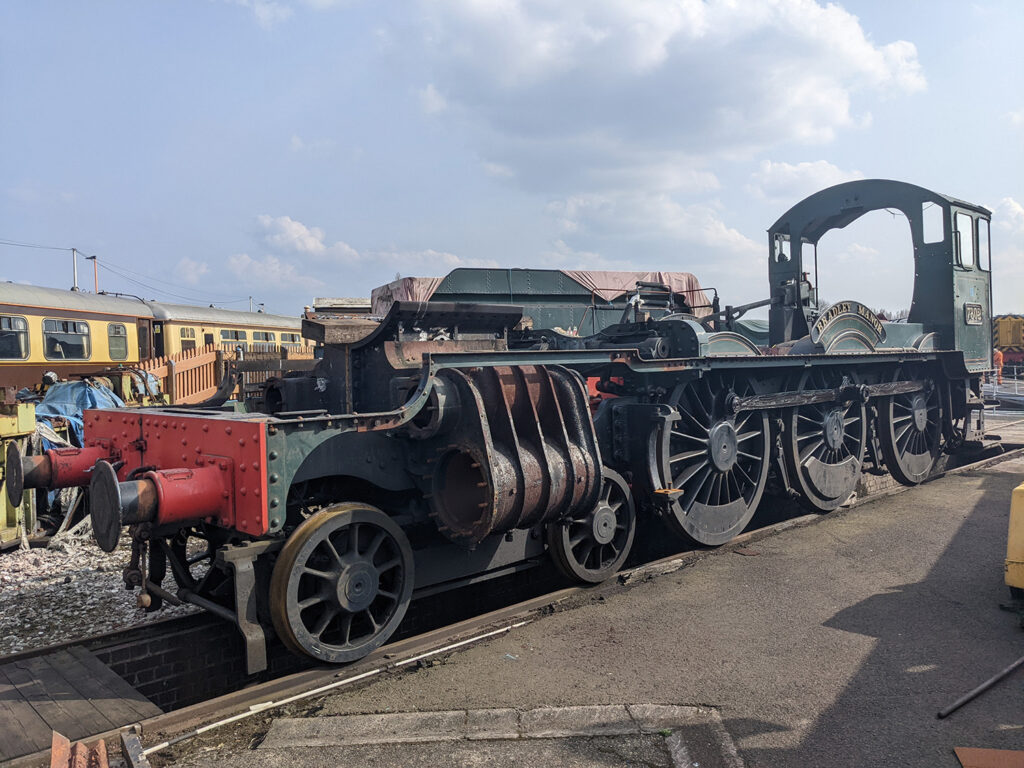 [With boiler lifted from the locomotive frames, 7802 is waits for its cylinder block replacement to commence at Tyseley Locomotive Works in March 2022. Photo: Adrian Hassell]