A new addition to the EMF fleet in November 2021

5164 is a GWR Collett 5101 class 2-6-2T ‘Large Prairie’. These medium-sized tank engines were used all over the GWR network for suburban and local passenger and local freight services. A number of the class were allocated to Kidderminster and Shrewsbury sheds and were regularly used on the Severn Valley Railway in its declining years. The 5101 Class was an updated version by CB Collett of Churchward’s 1903 3100/5100 Class and bears many common components with the later Manor class. British Railways rated the class in the 4MT power classification. 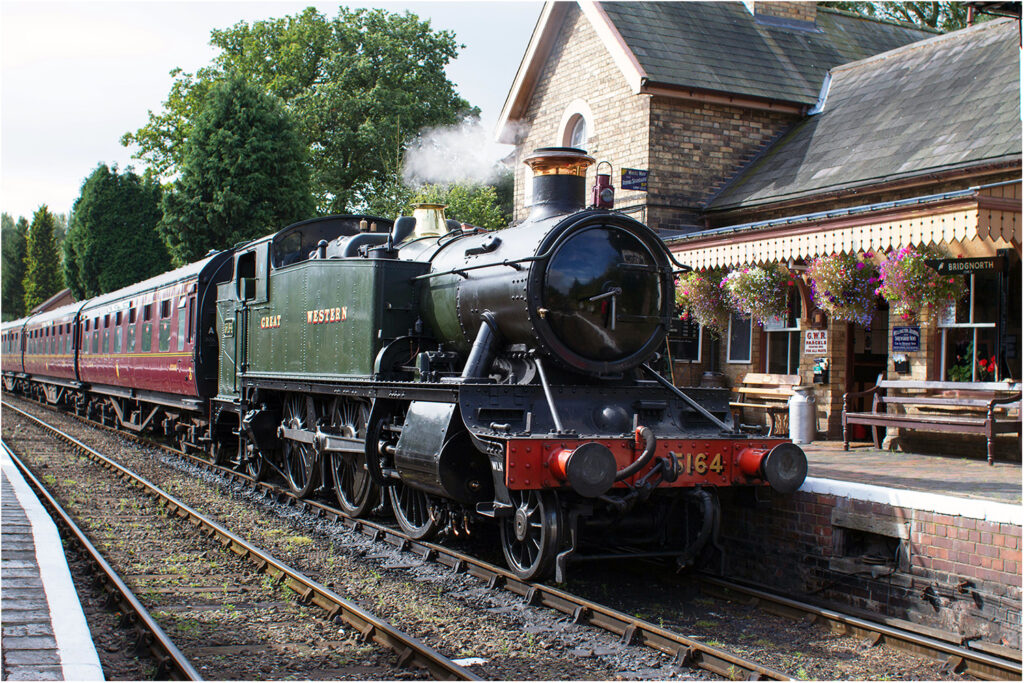 In August 1956, it was allocated to Newton Abbot, working local trains to Paignton, Kingswear and Exeter, and frequently acting as a banker and pilot on the Dainton and Rattery Banks. During this period, 5164 is likely to have worked with 7812 Erlestoke Manor which was primarily allocated to Plymouth Laira at this time. If anyone is aware of photographic evidence of the two locomotives together during this period, the EMF would be most pleased to see a copy! In July 1959, it had an overhaul at Swindon with boiler 5743 being fitted.

5164 was put into store in September 1961, but one month later was moved and placed in service at Pontypool Road, from where it was used on the ‘heads of the valleys’ line to Neath until 4 April 1963 when the locomotive was condemned with a slipping driving tyre. It had amassed 67,447 miles since its last overhaul at Swindon and 811,367 miles in service. It was sold to Barry Scrapyard on 9 October 1963 and moved there the following month.

By summer 1971, with a 5700 Pannier Tank and 4500 ‘Small Prairie’ already secured for the SVR, purchase of a ‘Large Prairie’ was seen as the next logical step. A fund was established, organised by Mr. R.E. Sim, and No. 5164 was chosen as the best of the 10 ‘Large Prairies’ at Barry. It was reserved for purchase ‘with the usual help from Mr Woodham’ while an appeal for fund raising took place. Much conservation work was undertaken at Barry before the ‘5164 Preservation Group’ were able to successfully complete the purchase at a cost of £2,250 in mid-1972. The locomotive was officially the 30th to leave Barry, arriving on the SVR on 6 January 1973 in the company of fellow Large Prairie 4141, 4930 Hagley Hall and 7819 Hinton Manor. Restoration was completed in October 1979 when the locomotive entered service for the first time.

Service ended in July 1984, following which the locomotive appeared as a static exhibit at GWR 150. A heavy overhaul was deemed necessary including boiler crown stays and side stays and a full mechanical repair.

[During its last period in service on the SVR, 5164 is seen leaving Bridgnorth. Photo: Jason Houlders]

Following a lengthy period out of service, the overhaul was completed in time for 5164 to re-enter service in 2004. 5164 saw out a full “10 year ticket” as a frequent performer and largely trouble-free, remaining in service until early January 2014. 5164 is now awaiting its next overhaul and, since March 2014, has been on display under cover on display at Barrow Hill Roundhouse.

The locomotive was formerly owned by the 5164 Preservation Group, with of ownership transferred to The Erlestoke Manor Fund in November 2021 to secure the locomotive’s long-term future on the SVR. In December 2021, EMF Shareholders voted in favour to commence fundraising and planning for an overhaul and eventual return to steam on the SVR. 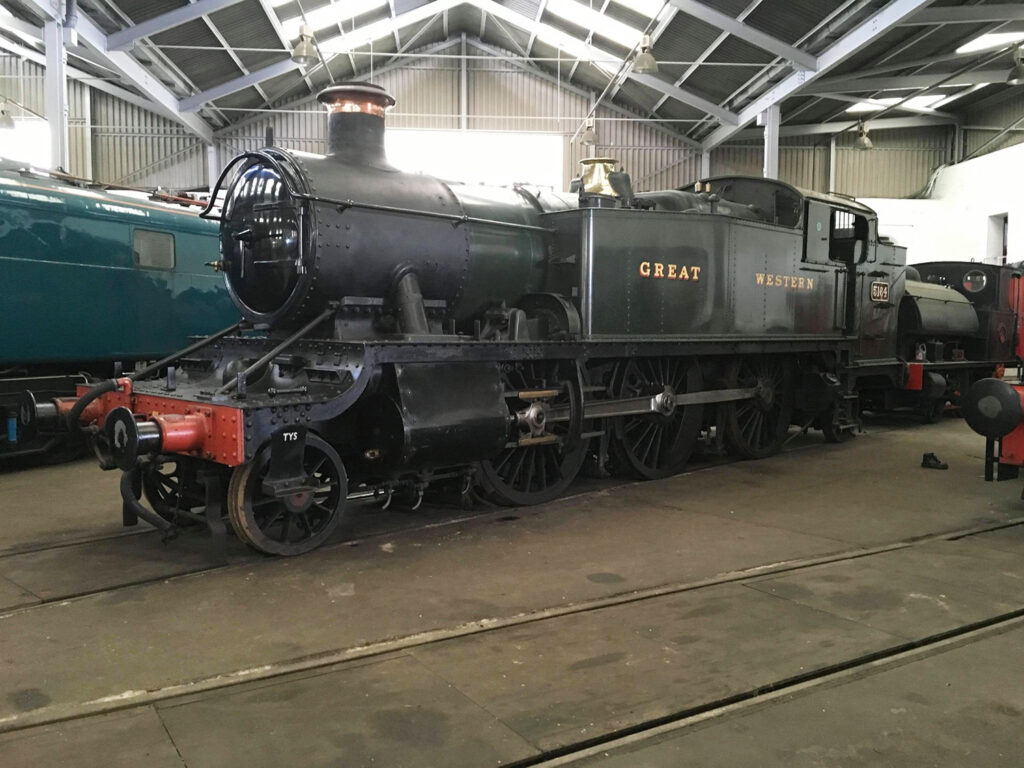 [Since 2014 5164 has been on static display in Barrow Hill Roundhouse. Photo: Amanda Hambridge]