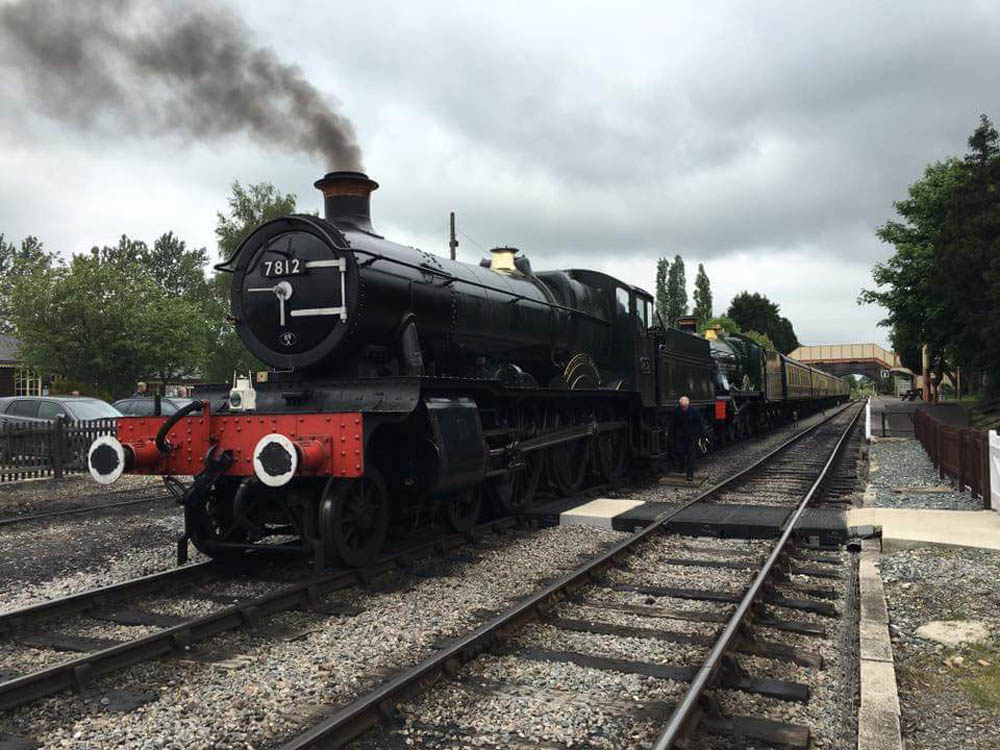 7812 Erlestoke Manor is one of three Manor class locomotives based at the SVR, the others being 7802 Bradley Manor and 7819 Hinton Manor. 7812 was named after the Manor at Erlestoke, a village near Devizes in Wiltshire. It entered service in January 1939 in the Bristol/Bath area, working passenger and freight trains to places such as Salisbury, Weymouth, Weston Super Mare and Cardiff. Post-War, 7812 was based in the far South-West, often assisting with long distance expresses on the notorious ‘Devon banks’.

In late 1960, 7812 moved to the Oswestry/Shrewsbury/Cambrian area where 7802 Bradley Manor was already working. Both locomotives were thought to have been withdrawn at Shrewsbury on 6th November 1965, and both moved to Woodham’s scrapyard at Barry in June 1966. However, in November 2015, evidence in the form of a footplate diary (see below) was presented to the Erlestoke Manor Fund, indicating that Erlestoke Manor was still in service on 13th November 1965.

Both 7812 and 7802 were acquired from Barry by The Erlestoke Manor Fund. 7812 was the 56th locomotive to leave Barry for preservation, departing in May 1974 initially to Parkend and then to the now-closed Ashchurch preservation near Tewkesbury.

Restoration was completed in time for 7812 to enter service on the SVR in September 1979.Service continued during 1980, but in Spring 1981 the locomotive was failed with boiler tube issues.These were addressed in time for a return to service in Spring 1982, following which 7812 made several appearances on main line rail tours as follows:

7812 was withdrawn from service in late 1985 with a large crack in an old firebox weld. Following the withdrawal of sister locomotive 7802 Bradley Manor during the  2000 boiler crisis, the decision was taken to use Erlestoke’s repaired boiler to allow Bradley Manor to make a quick return to service. A similar swap took place during April 1948 when boiler number 14/6406 was removed from Erlestoke and later fitted to Bradley in November 1948 following repair.

In due course, Erlestoke Manor’s own overhaul was completed in time for a return to service in 2008. On 26 August 2016, the engine emulated sister Bradley Manor by achieving 100,000 miles of running in preservation, the event being commemorated with a special headboard announcing “Still going strong — 100,000 miles”.
Source: SVR Wiki 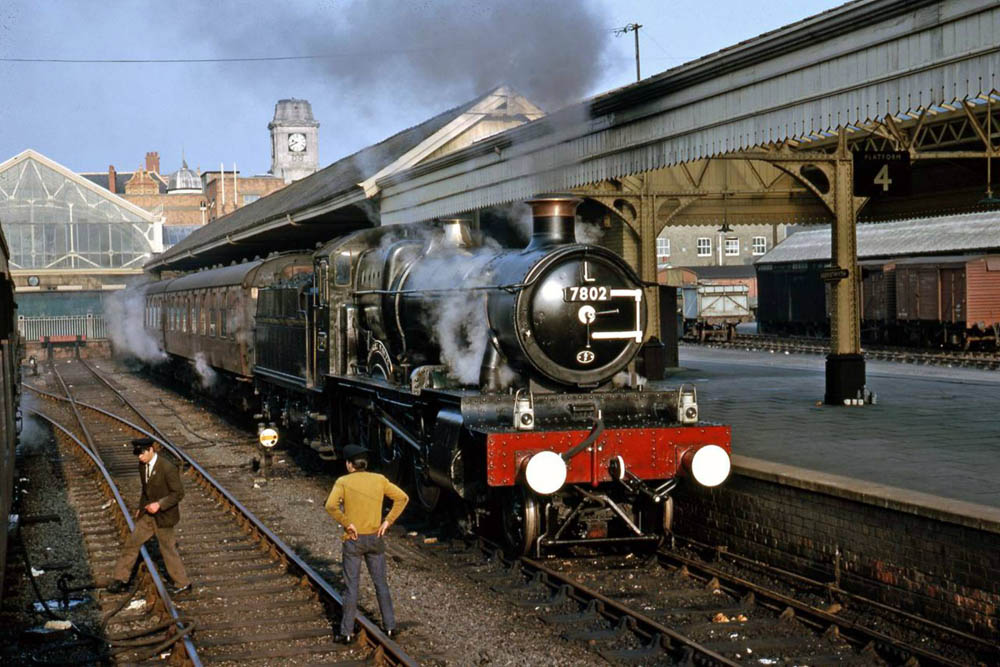 7802 Bradley Manor is one of based at the SVR together with its sister Erkestoke Manor Fund engine 7812 Erlestoke Manor.

The Manor Class 4-6-0 mixed traffic locomotive was designed as a lighter version of the GWR Grange Class, giving a wider Route Availability. The first 20, including all three at the SVR, were built between 1938 and 1939 and incorporated parts from old GWR 4300 Class Moguls. BR built a further 10 in 1950 and rated the class 5MT.

Post-War, 7802 was mainly based at ex-Cambrian sheds and was a well-known performer on ‘The Cambrian Coast Express’. In late 1960, 7802 was joined there by sister engine 7812 Erlestoke Manor. Both locomotives were withdrawn at Shrewsbury on 6th November 1965, and both moved to Woodham’s scrapyard at Barry in June 1966.

A quick overhaul was achieved by exchanging Erlestoke Manor’s boiler (withdrawn in 1985) with Bradley Manor’s, allowing a return to service (and main line working) for 7802 in May 2002. The engine is recorded as having surpassed 100,000 miles of running in preservation in 2009.

7802 Bradley Manor was withdrawn from service again at the end of the 2010 season, having accumulated over 110,000 miles in preservation, including working on the mainline.  Another overhaul was undertaken, with the chassis being overhauled at Tyseley Loco Works and the boiler overhauled in the SVR Bridgnorth Boiler shop. This overhaul was completed in November 2015, the return to service coinciding with the ‘Manor 50’ weekend celebrating the end of steam on the Cambrian network.