Welcome to the October news roundup from the Erlestoke Manor Fund. It has been pleasing to see the SVR have a successful reopening period through August and September with well filled trains and happy passengers, enjoying a safe day out in a somewhat differing way to other years, but nonetheless satisfying. Manor class locomotive action may have been missing, but the EMF are working hard to rectify this! The Fund has kept the coronavirus situation under review, which led to a controlled resumption of contract engineering activities by Tyseley Locomotive Works staff for the Fund over the summer.

Completion of its overhaul and a return of 7812 to traffic remains the number one priority of the Fund with work having progressed on both the boiler and mechanical repairs over the summer. The chassis has had the slide bars and vacuum brake cylinder refitted, which leaves the following major mechanical items remaining to be completed and fitted:

So, we are within sight of completion of the major mechanical work, but that still leaves plenty of work on the smaller items, the boiler to refit and lots to paint of course!

The boiler repair has progressed very well over the last few months with all small and large tubes now fitted, and firehole rivet replacement complete. This leaves some work to dress off the copper welds inside the firebox and fit the final few remaining stays, after which the boiler should be ready for hydraulic testing. A new ashpan is on order to the same design as that successfully fitted to 7802.

Tubes in the process of being fitted into 7812’s boiler on 7th September. Since this photo was taken by Terry Jenkins, all tubes are now fitted in place, expanded and beaded: 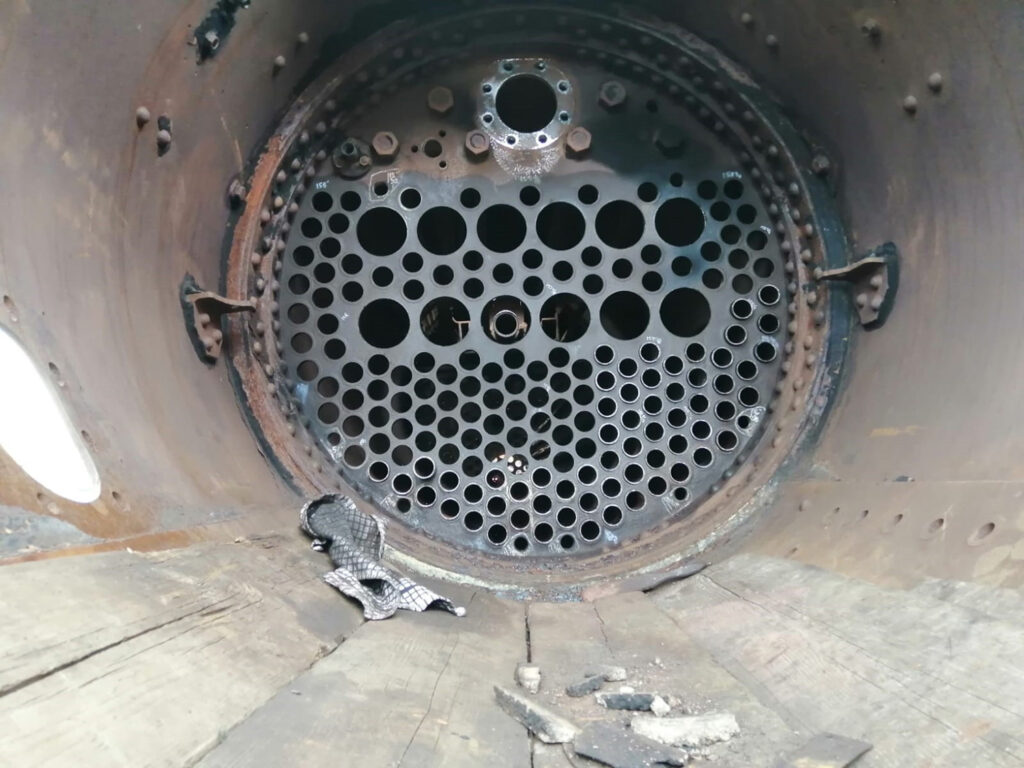 Further than the update in the previous news roundup that the new cylinder blocks are being machined by Roach Precision Engineering Ltd of Brierley Hill, there is not too much else to report with regards to 7802 this month other than a pattern for the new driver’s side cylinder cover is under design. Movement into the main works at Tyseley for the heavy aspects of the repair to commence is expected in the next couple of months.

7802 patiently waits for her trip into the works on 12th September [Photo: Alex Bradley]: 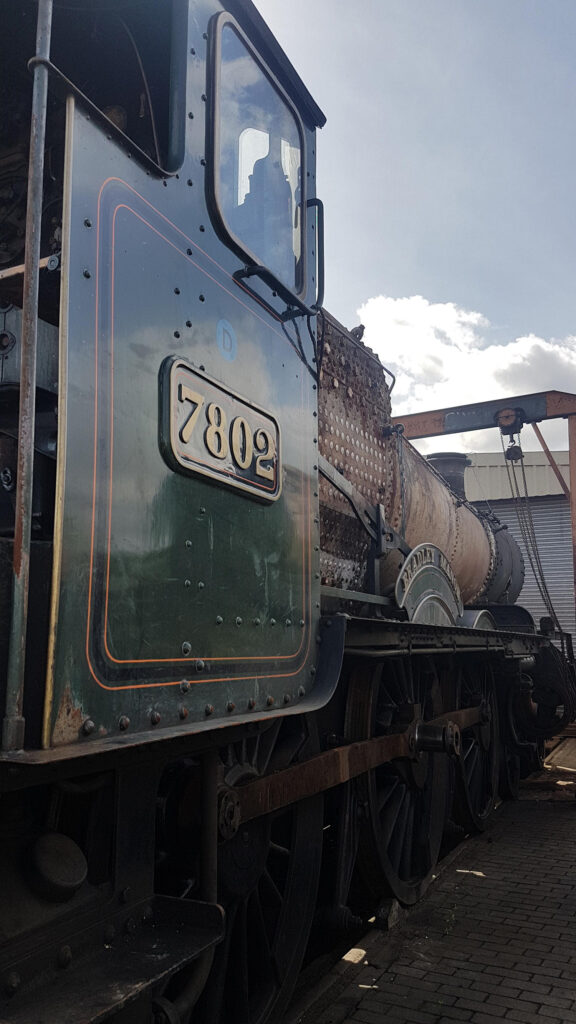 The very heavy rebuild project to deliver a second Churchward 3,500 gallon tender to run with 7802/7812, is largely a project that we’ll pick up when 7812 has returned to steam (running with similar tender T2334). Some work is quietly progressing though, such as this tool locker which is one of a pair for T2329 being fabricated by West Somerset Railway Engineering at Minehead. Contract work such as this hopefully helps towards seeing heritage railway engineering businesses through the current lean times [Photo: Rich Hiscox]: 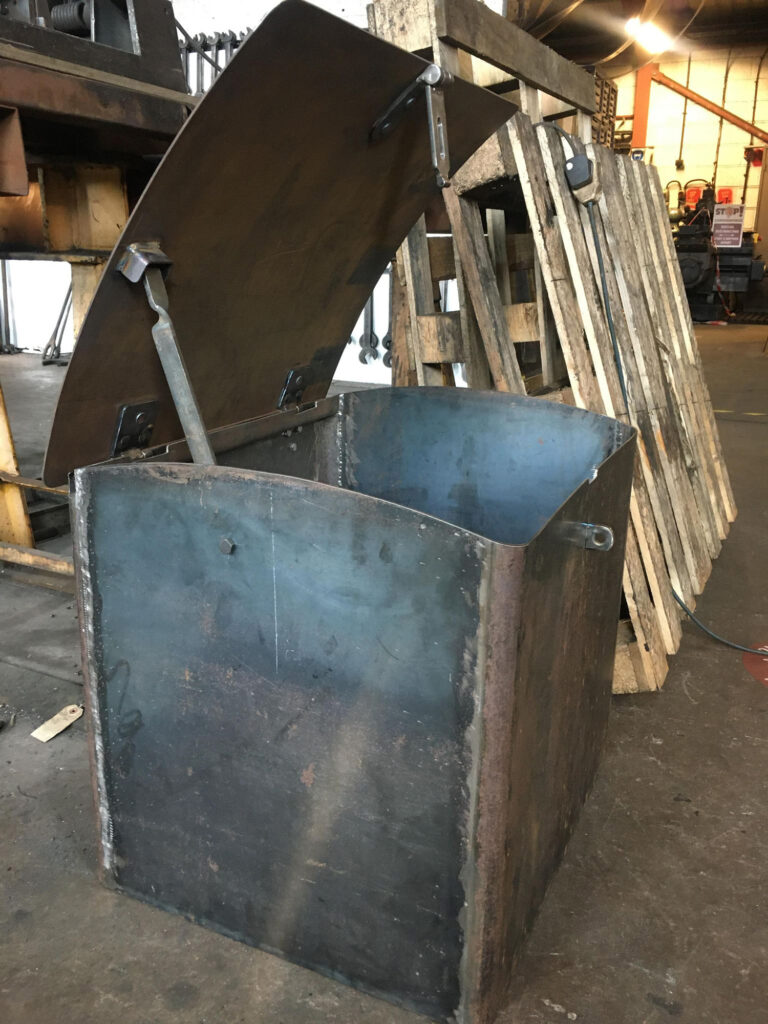 With the return to public opening of the Bewdley Station site on operating days from Saturday 3rd October, we are pleased that we have fully reopened the Fund’s Sales Coach. So, if you are after your fix of books, railwayana, DVD or model railway items, then we look forwards to seeing you. All proceeds raised go towards the repairs and upkeep of 7812 Erlestoke Manor and 7802 Bradley Manor.

We have covid-safe arrangements in place inside the coach and payment by card is now also available.

Normal opening hours will be Saturdays from 11.00am until at least 3.30pm.

It is also hoped to open on Sundays from 11.00am until 3.30pm, but please message us via our contact page https://www.erlestokemanorfund.co.uk/contact to check about Sundays before making a special journey.

Finally, any stock donations of model railway items would be much appreciated – this is another great way to help support the Fund’s two Manor class locomotives. We are looking forwards to welcoming new and familiar faces alike!

This month we are grateful to Andy Garsed who has supplied a couple of photos taken in August 1965 by his father John Garsed in Aberystwyth. Andy writes: ‘We used to volunteer all of our Summer holidays starting on the Talyllyn Railway so it was nice to have a day off even if it was a “busman’s holiday”. 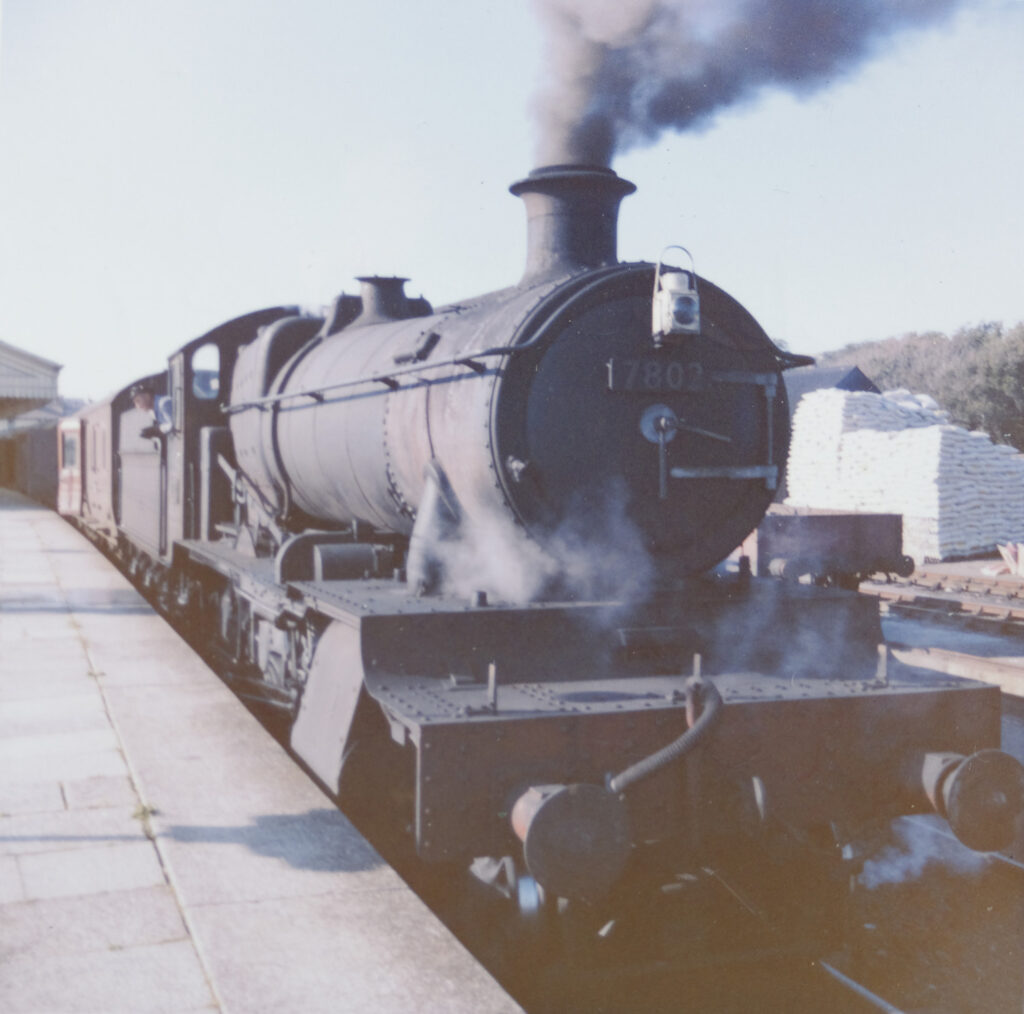 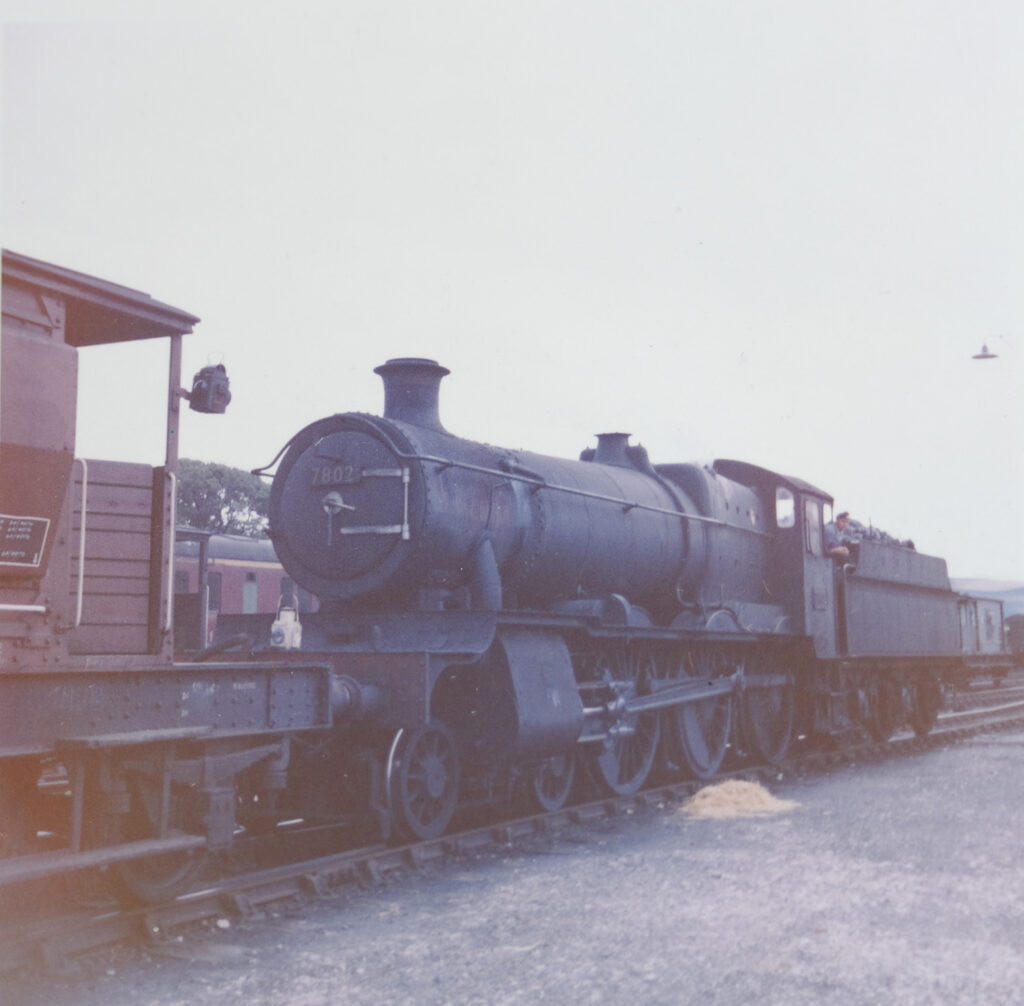 Thank you Andy for sharing these views taken towards the end of Manor running in British Railways service.