In this month’s news round-up, news of rain (and keeping it out) and steady progress with the overhaul of 7812 Erlestoke Manor and repair of 7802 Bradley Manor.

During its previous period in traffic, 7812 Erlestoke Manor seen passing through Alveley Woods on the SVR:

Before we update on EMF activity this month, we are pleased to highlight the Severn Valley Railway Charitable Trust’s current Home & Dry Appeal to significantly improve the facilities of Bridgnorth Locomotive Works, by replacing the life expired roof and installing an overhead travelling crane. Having had the benefit of access to an overhead travelling crane at Tyseley Locomotive Works for the overhaul of 7812 Erlestoke Manor, the Fund can vouch for the enormous benefit that they bring in allowing engineers to move and fit heavy items safely and quickly, saving significant amounts of time and effort.

If you are able to consider helping our home railway and operational base of the Fund’s locomotives, then further details are available here: https://www.svrtrust.org.uk/home-and-dry

While on the subject of keeping things ‘Dry’, it never rains but as has been the case recently, quite unseasonably pours, which unfortunately has had a detrimental effect on the Fund’s main rolling stock tent at Tyseley Locomotive Works, which is the storage location for new build tender T2329 and our main painting base. Having had the tent for a number of years, shortly before the coronavirus outbreak we realised that the main canvas was showing signs of age and a replacement was going to be required. Owing to the cessation of activities at Tyseley due to the pandemic, we had hoped that it would hold up until we could fully return, however the almost autumnal weather this month has proved terminal for the tent canvas leaving our facility exposed to the elements, as can be seen here: 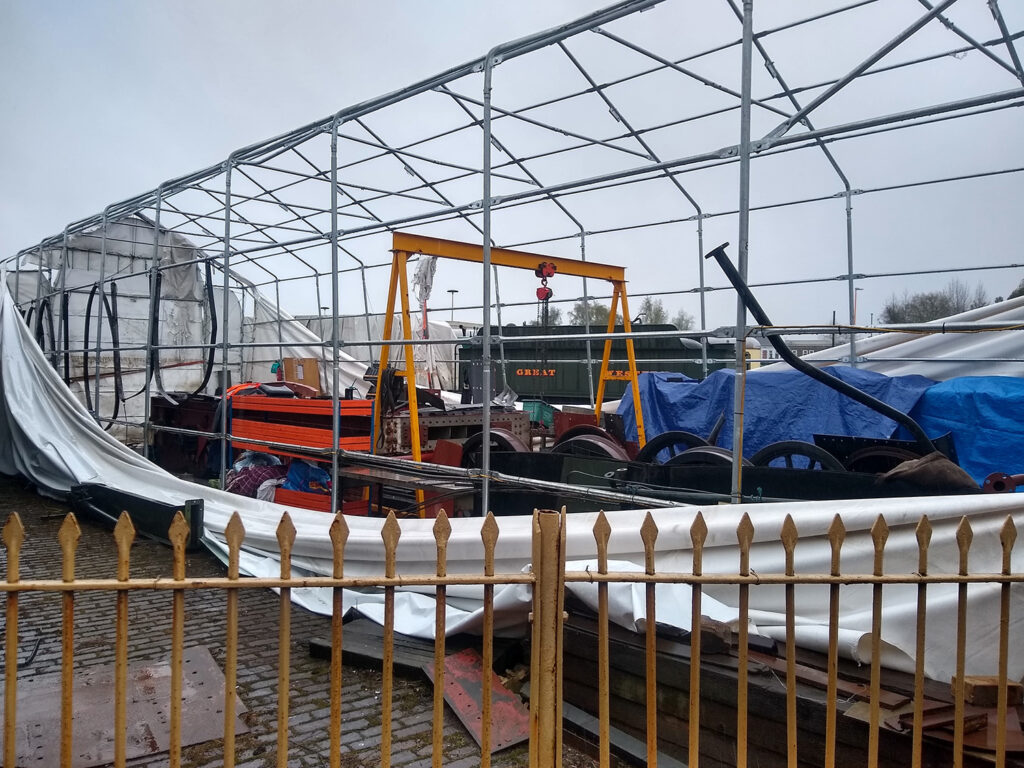 As can be seen, a full replacement is necessary, which we are progressing as a priority. With the target of completing 7812 this year, this is an additional expense and diversion of time that could be done without, but as with the SVR Charitable Trust’s Home & Dry Appeal, weatherproof facilities are a must in order to work effectively. In the meantime, it would be nice if the weather could play ball!

We are very pleased to report that 7812’s boiler was filled with water at the start of May for the first time since withdrawal for overhaul at the end of 2017. Hydraulic testing will follow after refitting of the safety valves and injector clack valves. Looking ahead, a new ashpan has been delivered to Tyseley for fitting underneath the firebox.

In late April, the completed repair inside the firebox, will all tubes fitted, is seen here: 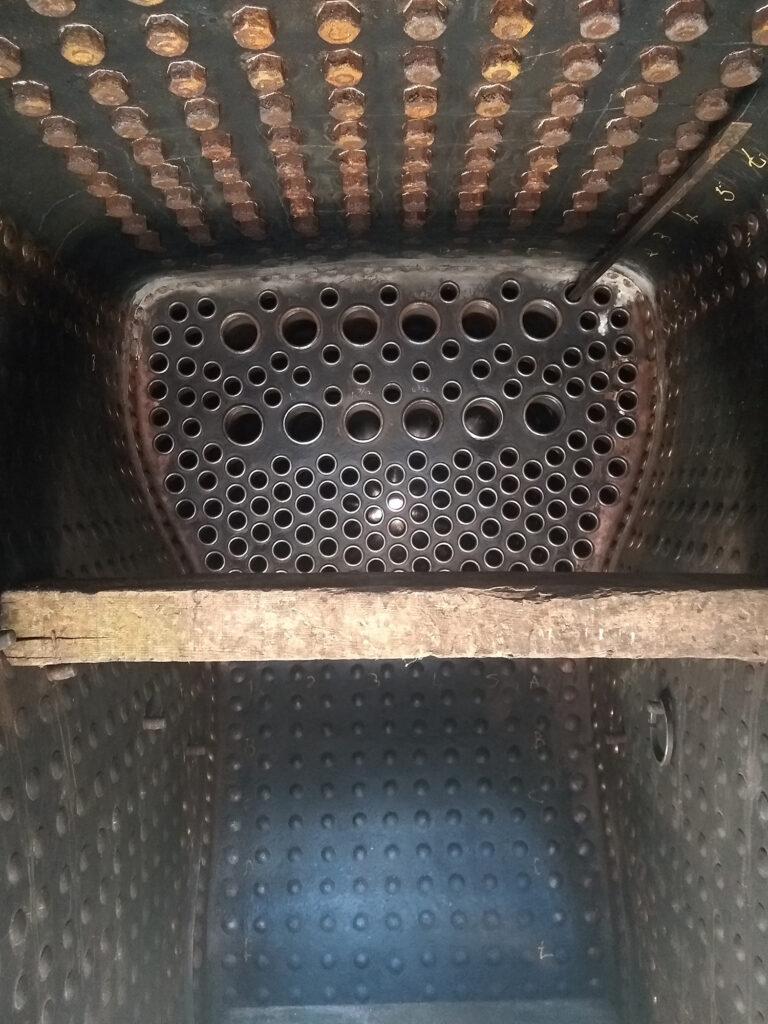 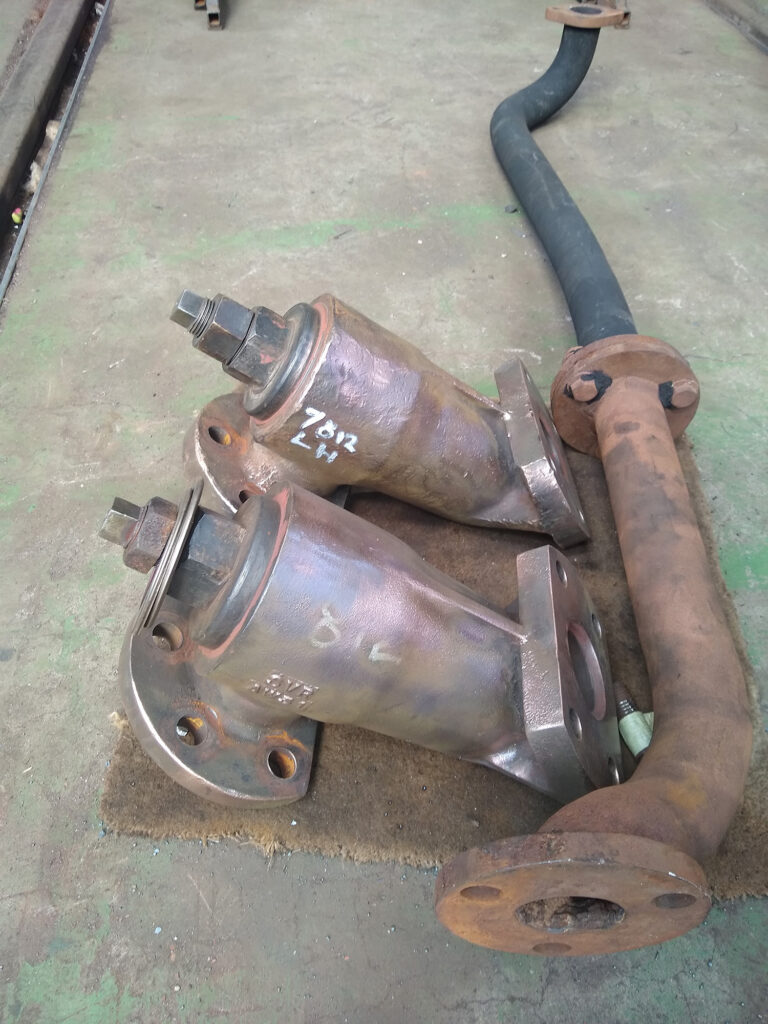 Meanwhile on the chassis overhaul, the new piston rods and heads have been machine and are seen below. We are replacing these as a precaution on this locomotive, following the piston rod failure suffered by 7802, with 7802’s new pistons seen in the background: 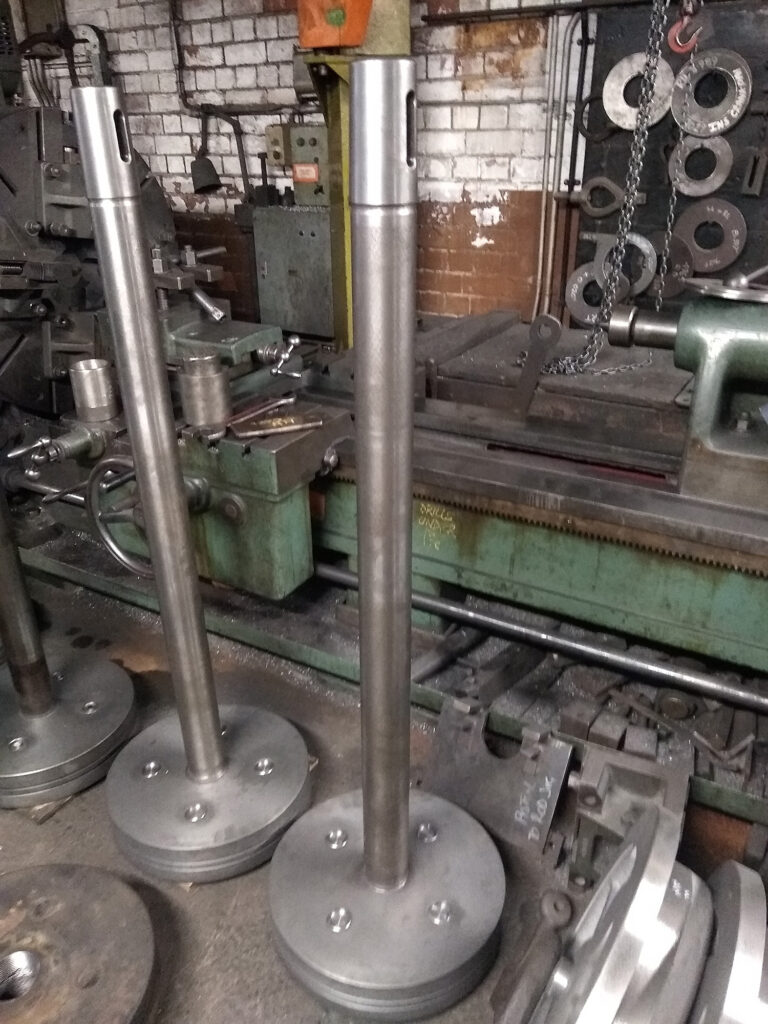 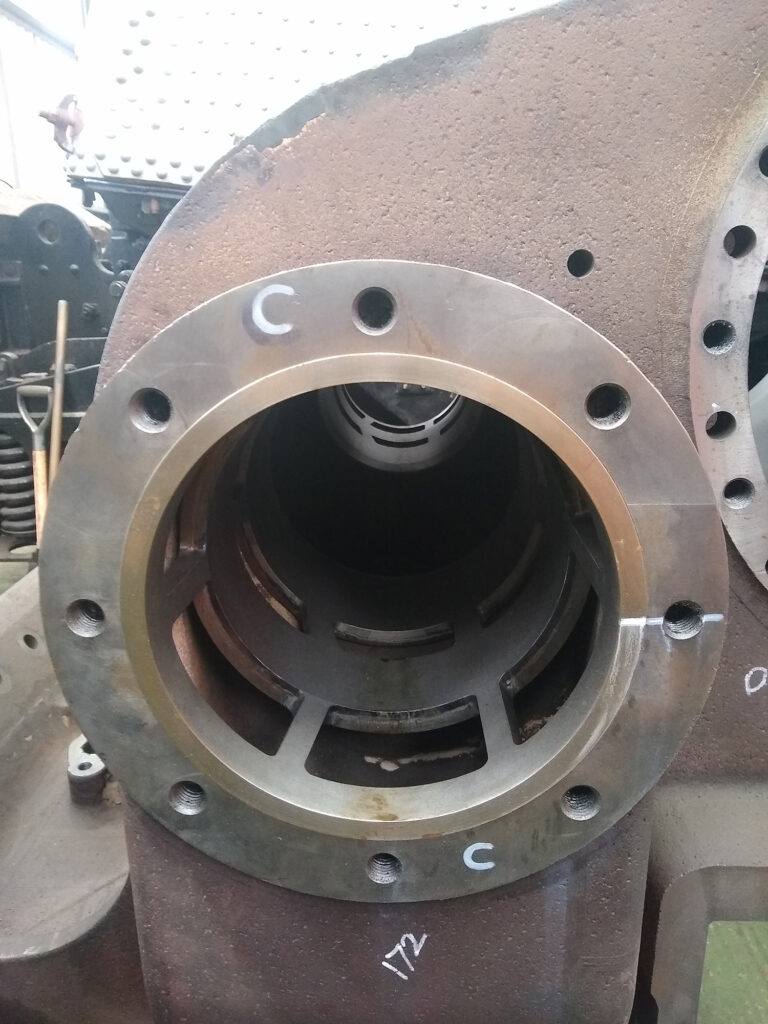 Meanwhile the new driver’s side front cylinder cover has been machined, as seen here in April: 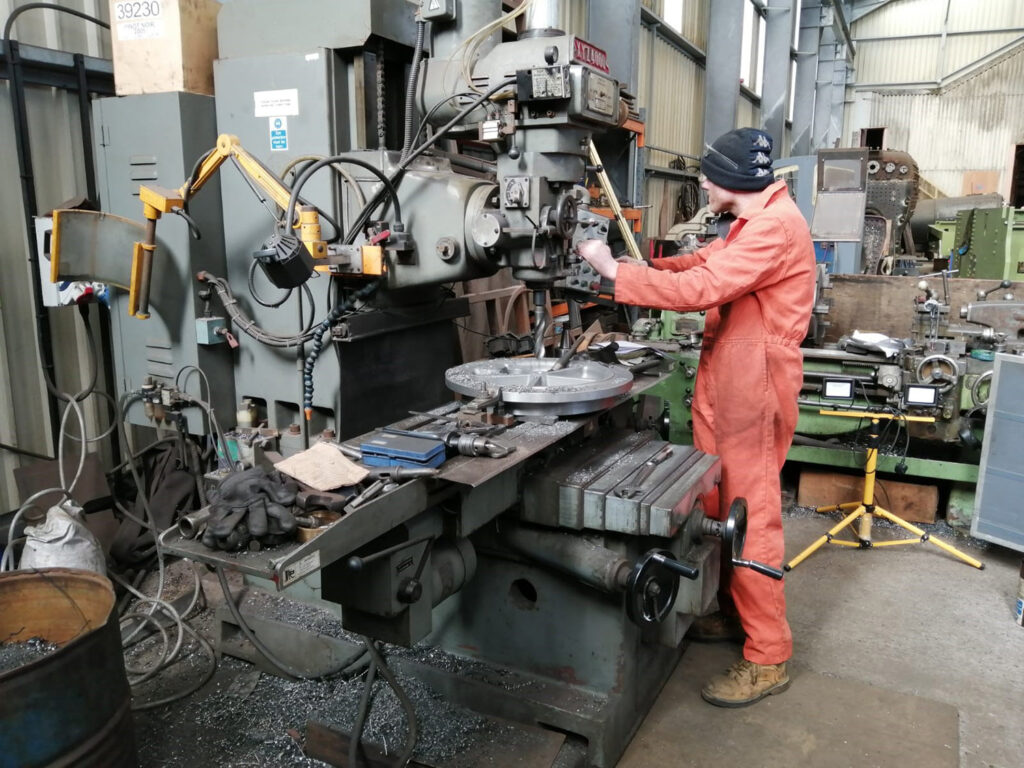 This cylinder cover is to replace the one destroyed when the original piston rod failed.

With the reopening of the Severn Valley Railway and Bewdley Station site, we were delighted that we are able to fully reopen our EMF Sales Coach in April. So if you are after your fix of books, railwayana, DVD or model railway items, then we look forwards to seeing you. As always, all proceeds raised go towards the repairs and upkeep of 7812 Erlestoke Manor and 7802 Bradley Manor.

We have covid-safe arrangements in place inside the coach and payment by card is available.

The shop team were far from idle during the enforced closure of lockdown, having branched out into online sales via eBay, painted the inside of the coach, received new signage and revamped for accessibility by the less able. The coach has also been relocated in an improved location adjacent to the new SVR Buffet on the station.

We look forward to welcoming back new and familiar faces alike!