Work on 7812 Erlestoke Manor at Tyseley Locomotive Works continued over the past month in drilling the 256 copper stays in the ‘breaking zone’ to enable their removal for changing. On the mechanical side, all the coupling and connecting rod brasses have now been white metalled and work on the eccentric straps started, with the chassis awaiting removal of the wheelsets.

Meanwhile for the Fund’s tenders:

South Devon Railway Engineering have now received the steel from South Africa for the new tender axle to replace the defective swapped out previously from the currently spare 4,000 gallon tender.

The new 3,500 gallon tender project has a pattern for the tender spring hanger brackets, arranged with thanks to Elliot Powick and as can be seen below: 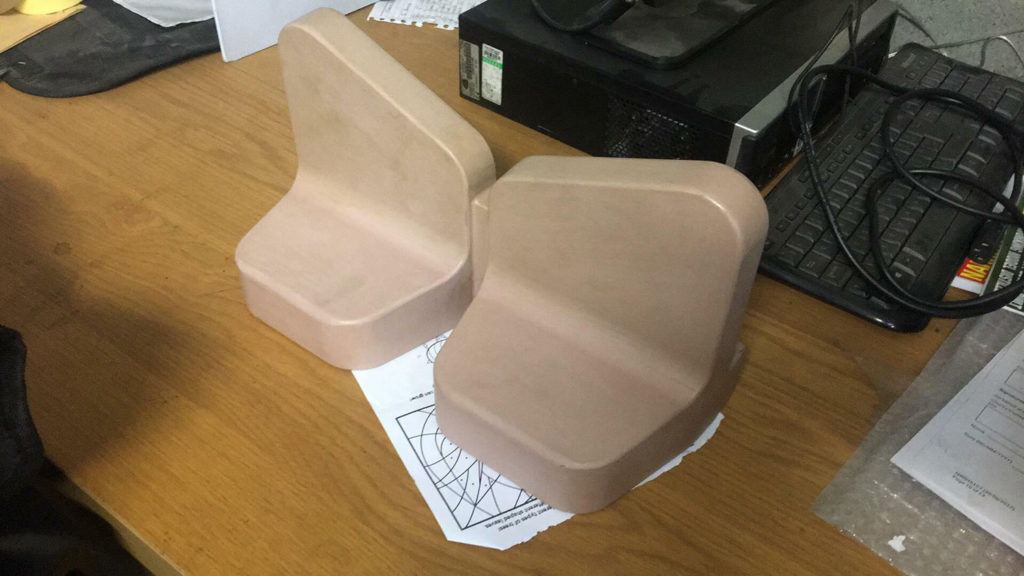 We have four events planned for this year and three are now completed.

On 9th May, we held the annual Obbo trips on a sunny Wednesday. Two full return journeys, pulled by 7802, took place, with excellent food and refreshments served by the SVR staff. As ever, the morning trip was the more popular but both were well supported and, together with the raffle, our new DVD sales and a small auction, provided a healthy surplus for the EMF coffers.

Alan Parr has produced an excellent video of the day which can be found here: https://youtu.be/tk2ykCyk9r4

On Saturday 9th June, our Evening Charter was merged with the Fish and Chip Special for a full return trip at a competitive ticket price. The DMU Society operates the Special throughout the summer but, due to a breakdown with their unit, EMF was able to arrange for Bradley Manor at the head of a set of standard coaches. It seemed a much welcomed bonus for those expecting the DMU for travel. Fish and Chips were served at Bridgnorth and our guests also took part in a quiz based on Queen Elizabeth II to celebrate her 92nd official birthday.

On the following day, we held our Footplate Experience Day with nine slots of return trips for two members from Kidderminster and Bewdley and back. It was a true “hands on “experience for those taking part and the crew of Paul Fathers and Dave McFall made the event a memorable occasion for all participants.

And EMF gained some new members and some donations as a result of the events!

On 18 September, we hold our final event of the year – Members’ Day. This involves 7802 pulling two return trips from Kidderminster for far less than the price of a normal Rover ticket. September’s normally a settled weather month. So, please put the date in your diaries or phones and plan to come along and celebrate Bradley’s 80th birthday in her company. Full details of the day will appear in the next newsletter and on the website in the near future.

As in last month’s update, 7802 Bradley Manor has continued regular duties on the SVR during May and into June, as seen below:

7802 Bradley Manor was also host to a well-known guest on 9th May, when world-famous singer-songwriter and member of the Jackson 5, Tito Jackson took a trip on the Severn Valley Railway. Naturally Tito could not resist climbing aboard the other star of the show on arrival at Kidderminster!