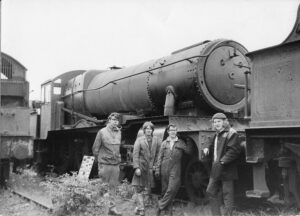 The late Bruce Chennell – first Treasurer of the EMF